Ernst Gamperl from Munich, one of the best european master artisans, originally trained as a cabinetmaker and stumbled on wood turning by chance. Equipped with a book about woodturning he started  as an autodidact, free from convention, creating his own rules. 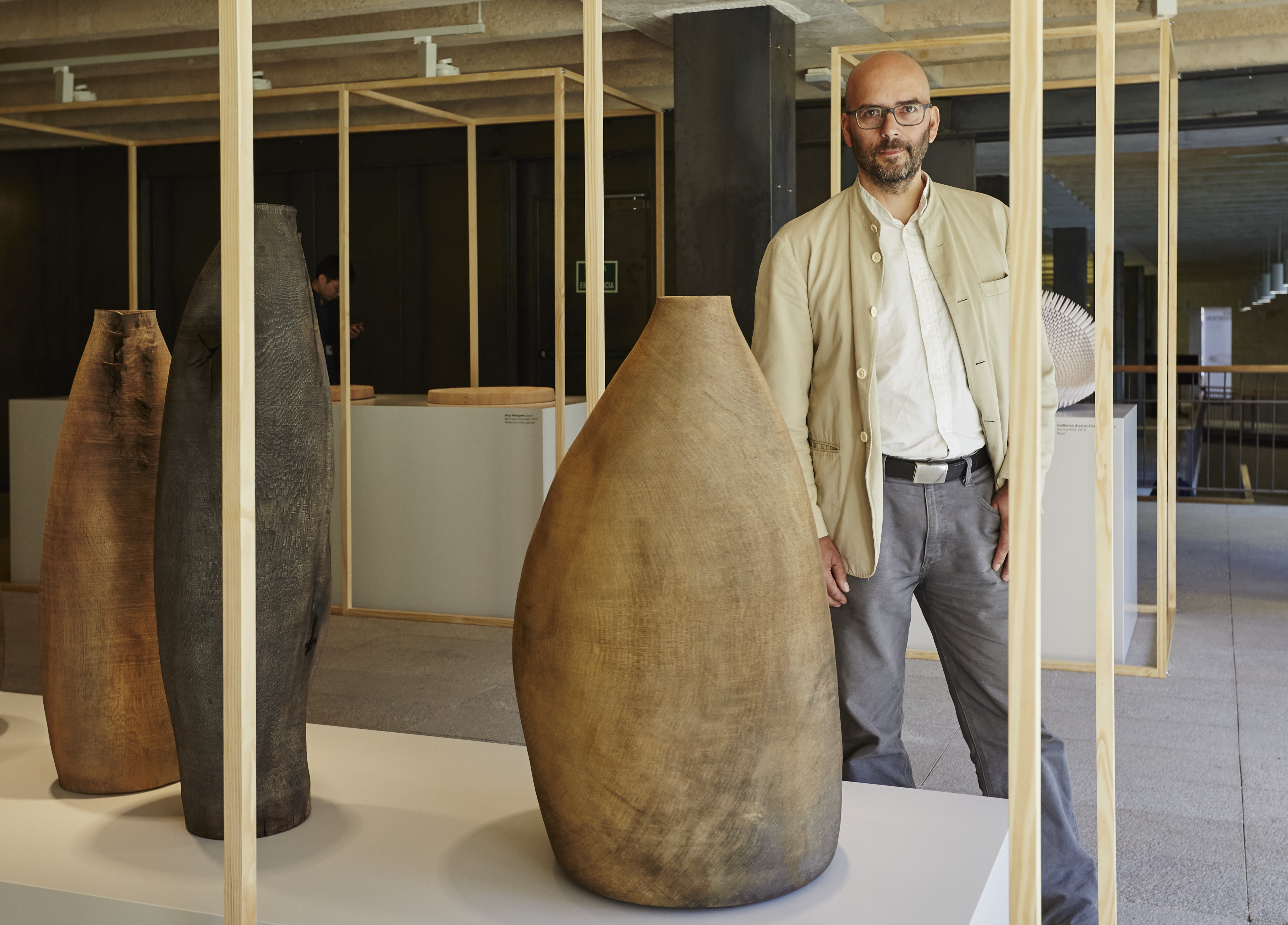 In 1990, shortly after finishing his apprenticeship, he established his first studio in Germany . During his early years on the lathe Ernst used to prefer working with precious, exotic woods, for many years now he prefers working with European wood varieties like maple, beech, Italian olive tree and principally oak. 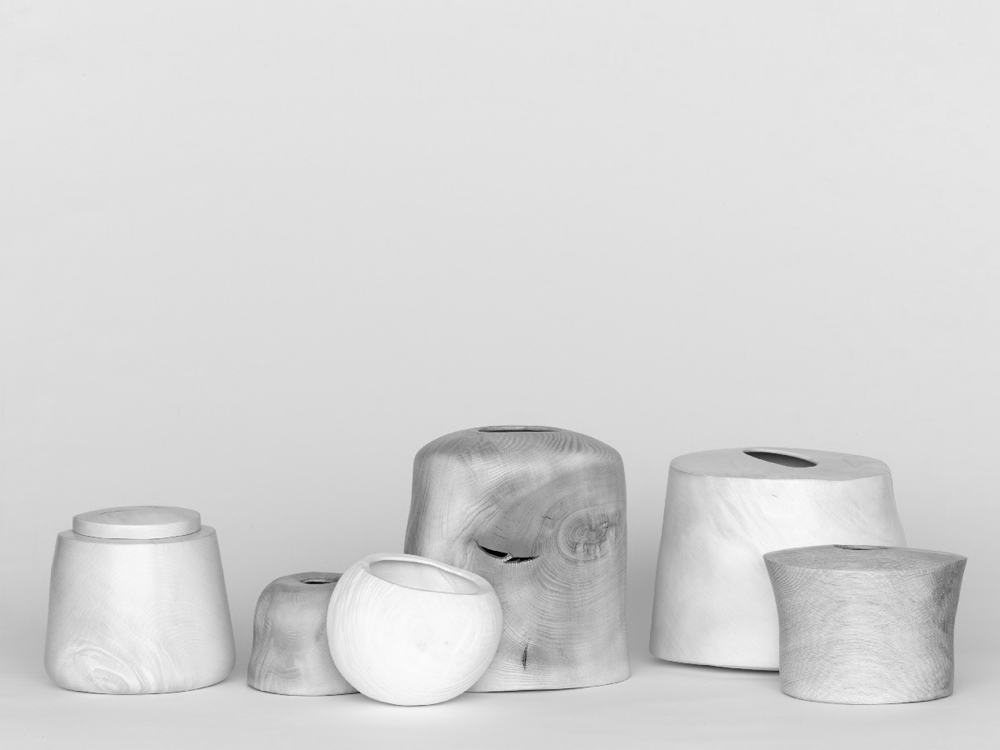 Three years later he entered the design school in Hildesheim, Germany, where he was trained as a “master in turnery”. Ernst exhibits his work extensively throughout Europe and internationally. His objects have earned him numerous prizes, are found in museum and private collections worldwide. 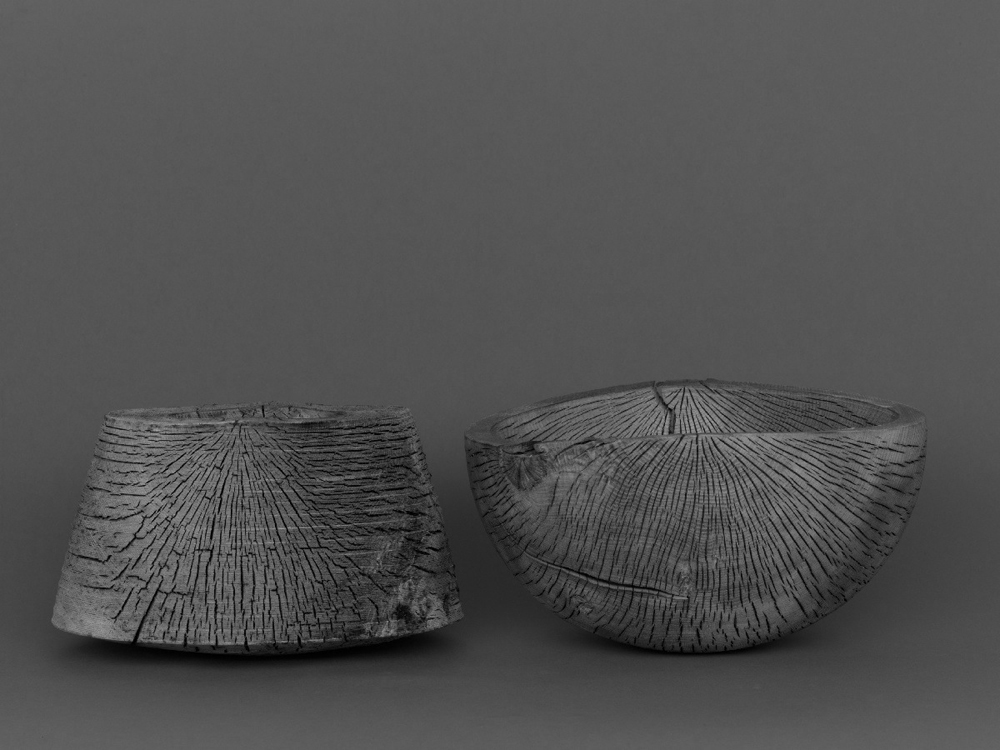 He creates his incredible artworks on a turning lathe. The piece of wood is turned by the machine, but the form and texture are cut by hand with special turning tools, some manufactured by the artist himself. 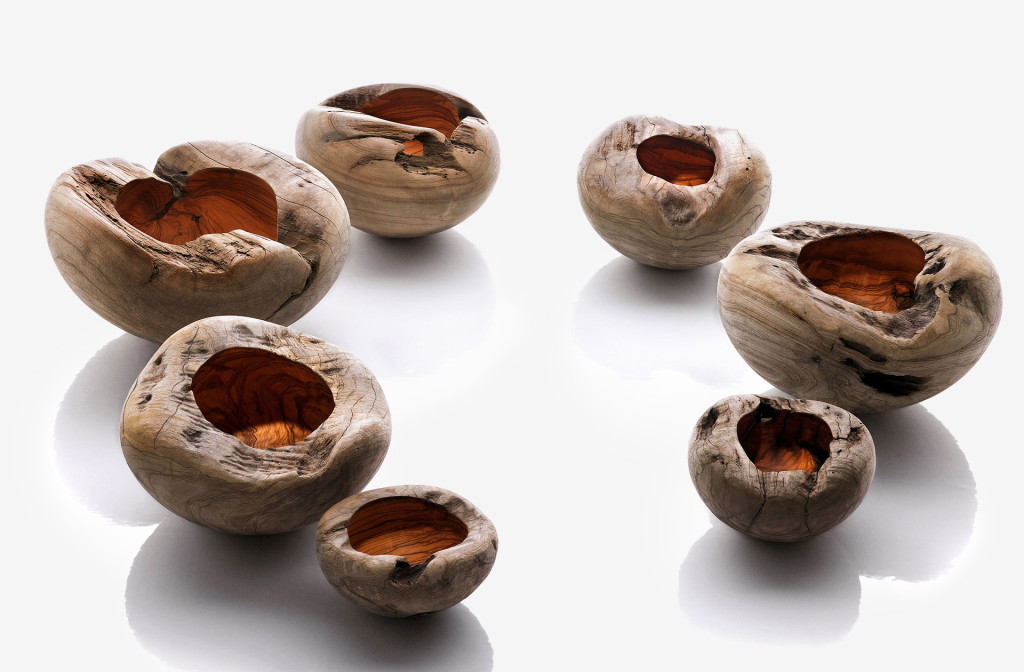 Since many years, the master artisan is using exclusively “wet wood”, freshly cut wood that has not been dried. While his early works display highly precise craftsmanship, his later works have gone down an increasingly minimalistic path, bringing out archaic forms and surfaces that reveal the beauty of wood. 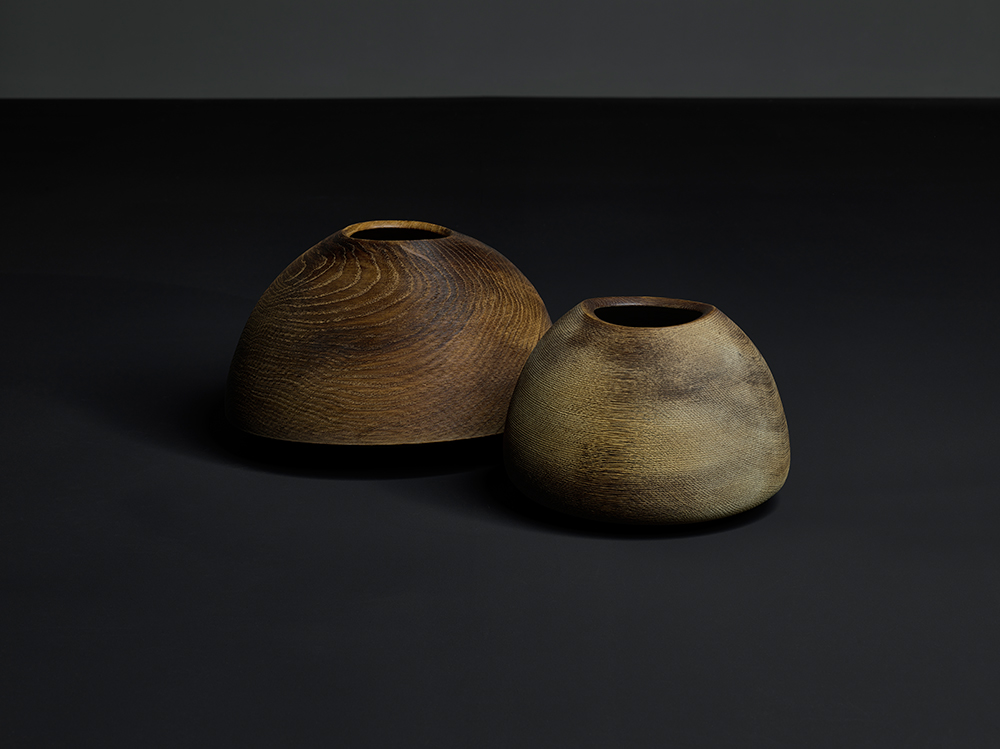 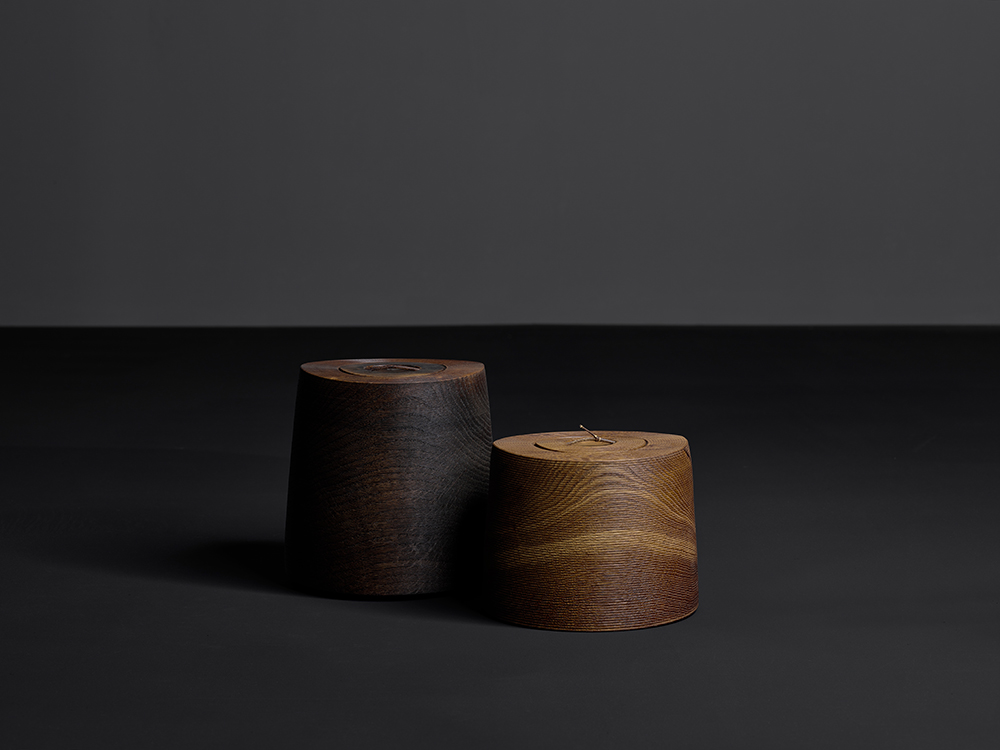 Ernst’s works do not simply start on the lathe, they are the result of more than twenty years of experimentation, working and studying wood, its drying properties and its impact on the final sculpture. He knows that this is a mutual dialogue and he cannot force a shape onto the material. This is a challenge that motivates him to work with this medium. 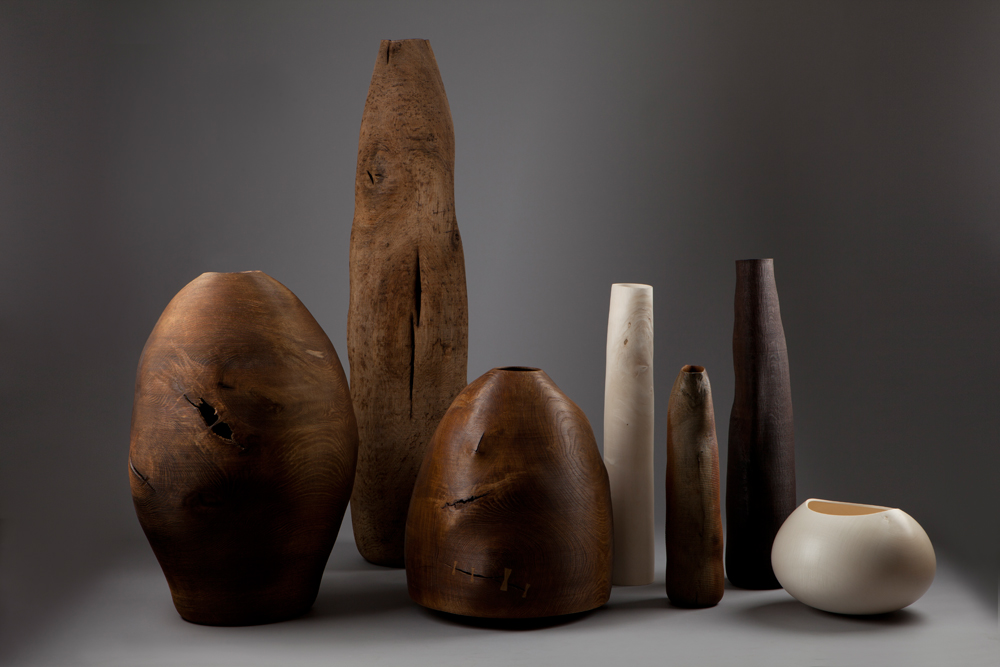 All sculptures are turned from green (wet) wood. The wood grain is deliberately oriented so it can influence the final form of the object during the drying process. Fissures and cracks, produced through the natural deformation of the wood, are held together with wooden butterfly keys. The surface the Objects in Oak and Tree of Life is treated with clay. 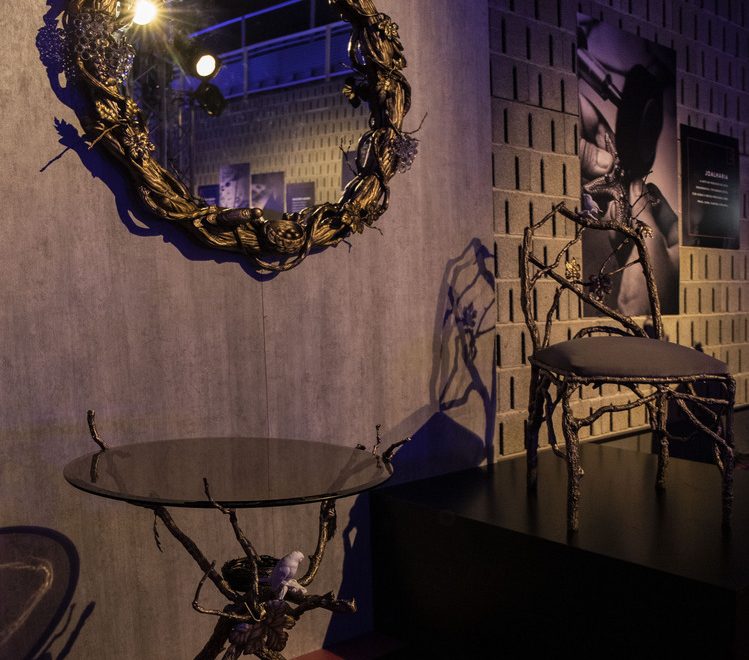 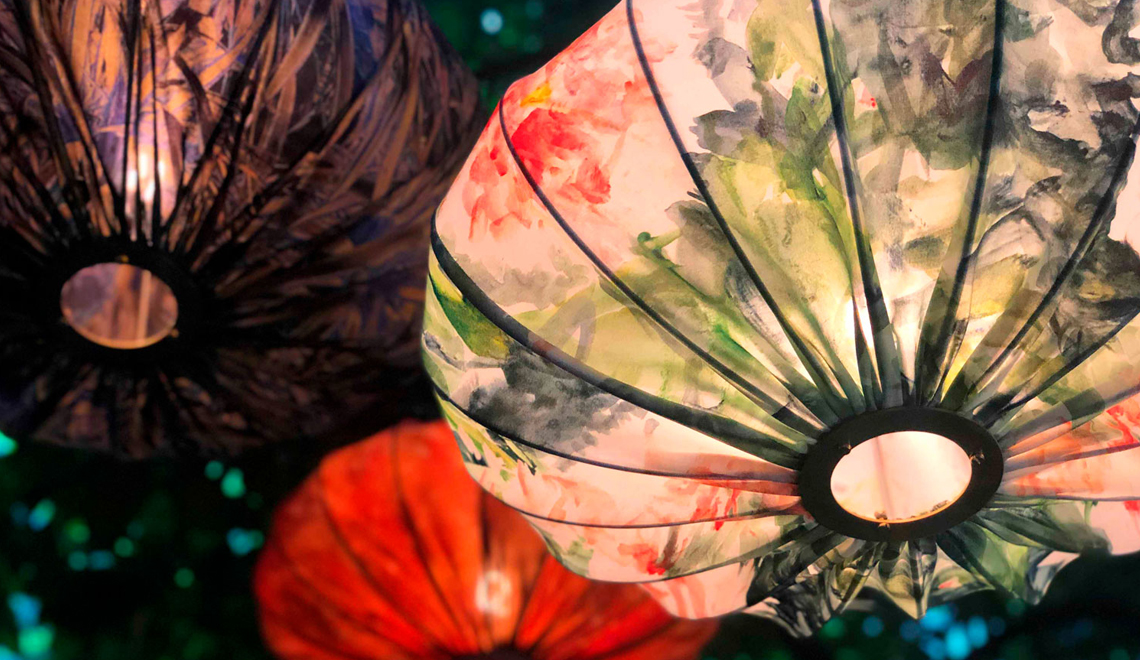